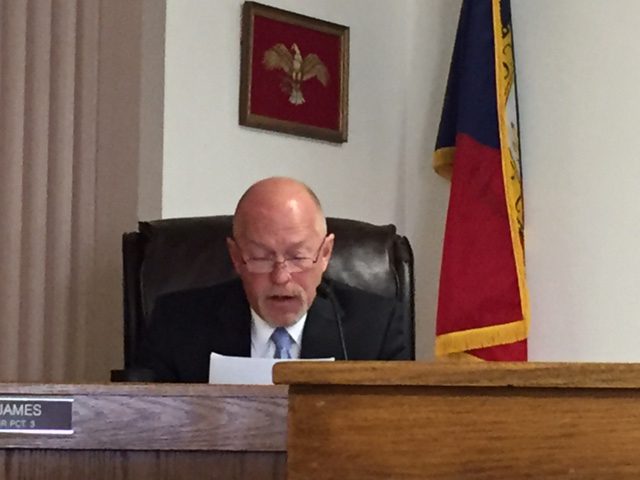 Grayson County Commissioners aren’t sure whether the value the county gets from the Texoma Council of Governments is enough to keep the county in the organization. Commissioners tabled agenda item Tuesday that called for them to consider renewing the county’s membership in the COG.

Grayson County Judge Bill Magers said it would cost the county about $6,453 to renew its membership. He said that doesn’t sound like a lot when one considers the county’s budget is approximately $50 million, but the county has some concerns with TCOG.

Commissioner Jeff Whitmire sits on the TCOG board and discussed some of the issues. He said he wanted people to understand that there are lots of programs that TCOG runs that are worthwhile, such as those that help people with housing and those that help the elderly. He said he just wants a clearer picture of what the county is actually getting out of its participation with TCOG.

TCOG Executive Director Susan Thomas was not at the meeting Tuesday. However, she said via email Tuesday that TCOG provides plenty of service to the people of Grayson County.

“Every single program at TCOG delivers services in Grayson County,” Thomas said. “For our planning and development services/programs — e.g. criminal justice, homeland security, etc. — the customers (direct beneficiaries) are generally the member jurisdictions. For our aging and client services, the customers are the citizens of the county. Although a good argument can be made that as we build quality of life for individual residents, the institution of the county indirectly benefits as well.”

Whitmire said the purpose for a COG is “for member entity governments to be able to work together to try to eliminate duplication of effort, and to try to make things a little more cost efficient to the member entities or to allow them access to something that they otherwise might not have. He said it “is no secret that over the years,” the county’s relationship with TCOG has been strained regardless of who has been the county’s representative.

“The governing board’s assigned responsibility is to decide what that organization does, what their priorities are and what their direction is,” Whitmire said. “The council of governments is supposed to work for the member entities, not the other way around.”

He said somewhere along the line, it has grown into a large organization, and he is not sure the member entities are still the primary focus at TCOG.

For its involvement with the COG, he said the county gets a share of a homeland security grant for about $52,000 and a criminal justice grant for about $34,000, both of which come from the Governor’s Office. He said TCOG also disperses 911 fees to the county.

He said there are things that the county does not know about how leaving the COG might affect funding for some programs.

The county does know, he said, that when previous Grayson County Judge Drue Bynum tried to separate the county’s 911 funding from TCOG, there were some state requirements that kept that from being possible. He said that is the case even though Sherman and Denison each get direct funding.

“So the COG gets to set the allocation,” Whitmire said.

He said he doesn’t know how much of the 911 fees generated in this area are returned to Grayson County and how the county might get that money without the COG.

“It is a volunteer organization, so we can drop out,” Whitmire said.

He said he thinks the county needs answers to questions before it can make a decision.

Commissioner Phyllis James sat on the TCOG board before Whitmire.

“The indirect costs that go to pay the employees and the director, who increased her salary drastically last year, takes away from funds that could benefit the citizens of Grayson County,” James said.

She said she voted against many of the decisions that were made while she sat on the board.

“I was not real pleased with the fact that a lot of the money that comes from the state is actually just paying salaries (for people at TCOG) and doesn’t go to the people who need it the most,” she said.

Commissioner Bart Lawrence has also served on the board previously, said he just wanted to “say a hearty Amen” to the statements by James and Whitmire.

Magers said it might turn out that after some investigation, the county learns that it gets more than anyone ever suspected from the COG. But he said he thinks the questions from the commissioners warrant a closer look by the county before it renews its membership. He did not set a timetable for that decision to be made.