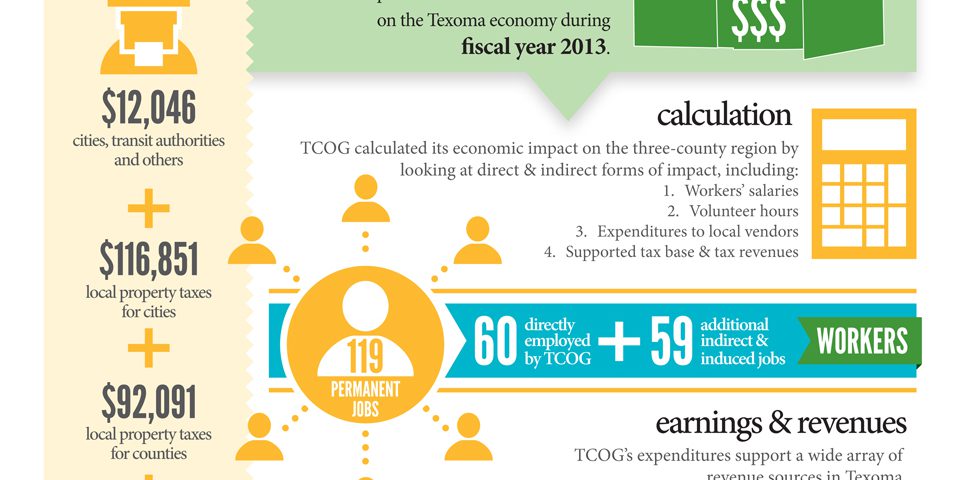 What I find impressive about this report is that 145,000 volunteer hours were served in the region last year alone, primarily by Senior Corps Program volunteers.

In her report to the TCOG Board Dr. Thomas pointed out, “When you compare the total economic impact in the region to the amount of dollars paid in membership dues, you’ll find that for every $1 paid there is a $489 impact. That is an incredible value for local jurisdictions who work with our organization.”

The TCOG Economic Impact Report presented the results of an economic impact analysis estimating the annual impact Texoma Council of Governments (TCOG) had on the state and local economy during fiscal year 2013 (May 1,2012 – Apr 30,2013). TCOG’s economic impact was calculated on the three-county region by looking at direct, indirect, and induced forms of impact, including workers’ salaries, volunteer hours, expenditures to local vendors, and supported tax base and tax revenues.

In FY 2013, TCOG supported $16.33 million in economic output or revenues for businesses and employed a total of 60 direct jobs and an additional 59 indirect and induced jobs in the region. In total, TCOG supported 119 full time employees.

“What I find impressive about this report is that 145,000 volunteer hours were served in the region last year alone, primarily by Senior Corps Program volunteers,” Dr. Thomas stated. “That equates to 70 full-time equivalent employees working 40 hours a week in volunteer hours to provide meaningful service across our region.” 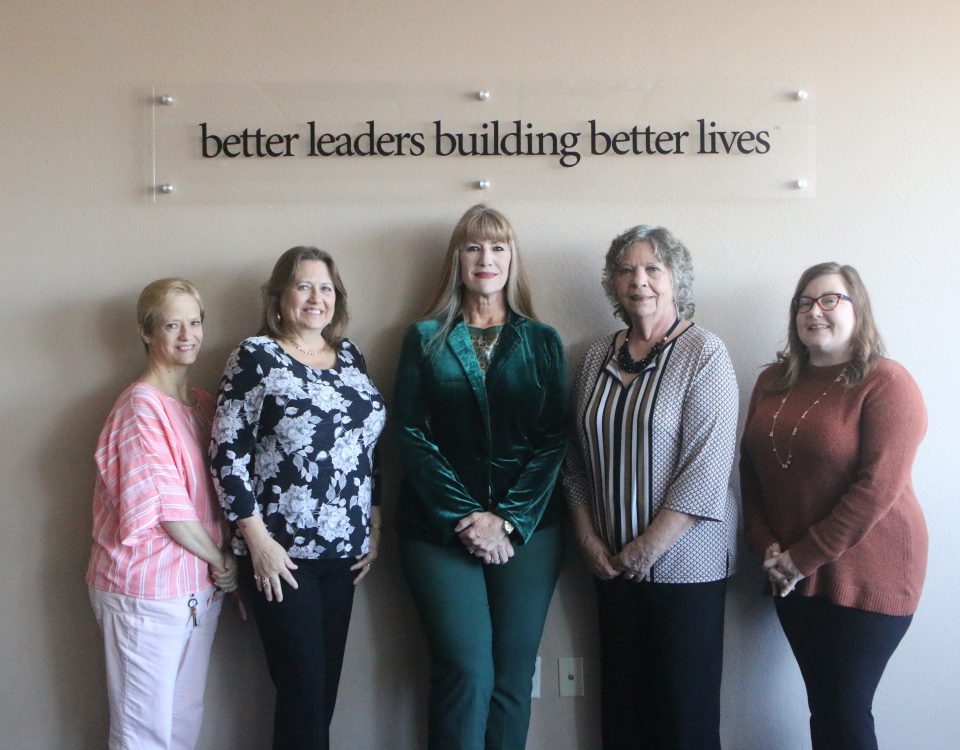