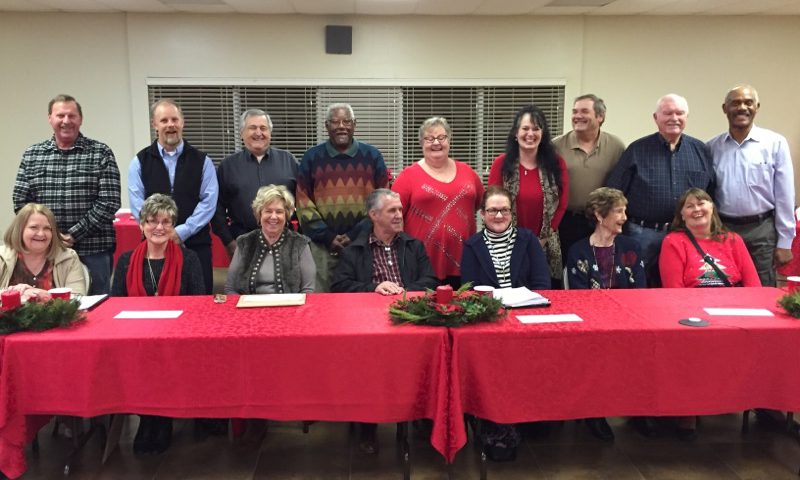 SHERMAN, DECEMBER 13, 2016 – Board members representing the (18) cities participating in the THP Consortium met Monday night to conduct business, and to celebrate another year of successfully providing the public housing program to families living in the region.

The board received the FYE 2016 audit as presented by Brian Grisham, representing the audit firm Adami, Lindsey & Company. Mr. Grisham told the board, “Three independent auditor reports were issued in conjunction with the audit. The first report expresses a clean opinion on THP’s financial reports. The other two reports deal with THP’s internal controls and compliance and expresses a clean opinion on compliance with federal program requirements and states that no deficiencies in internal controls were noted that required reporting to the Board or a regulatory agency. THP is in strong financial position and the program is sound.”

Allison Reider, TCOG Client Services Department Director gave the board an update on the new construction of duplexes in Bonham, “We are very close to having the plans and specifications completed for the two duplexes and will be going out for bid soon. We anticipate breaking ground in early 2017.”

Betty Childress, THP Board Chairman summed up the meeting by saying, “We are so proud of the work the TCOG staff does on a daily basis on behalf of our public housing program. Year after year, safe and affordable housing has been provided to our cities and we are truly thankful.”